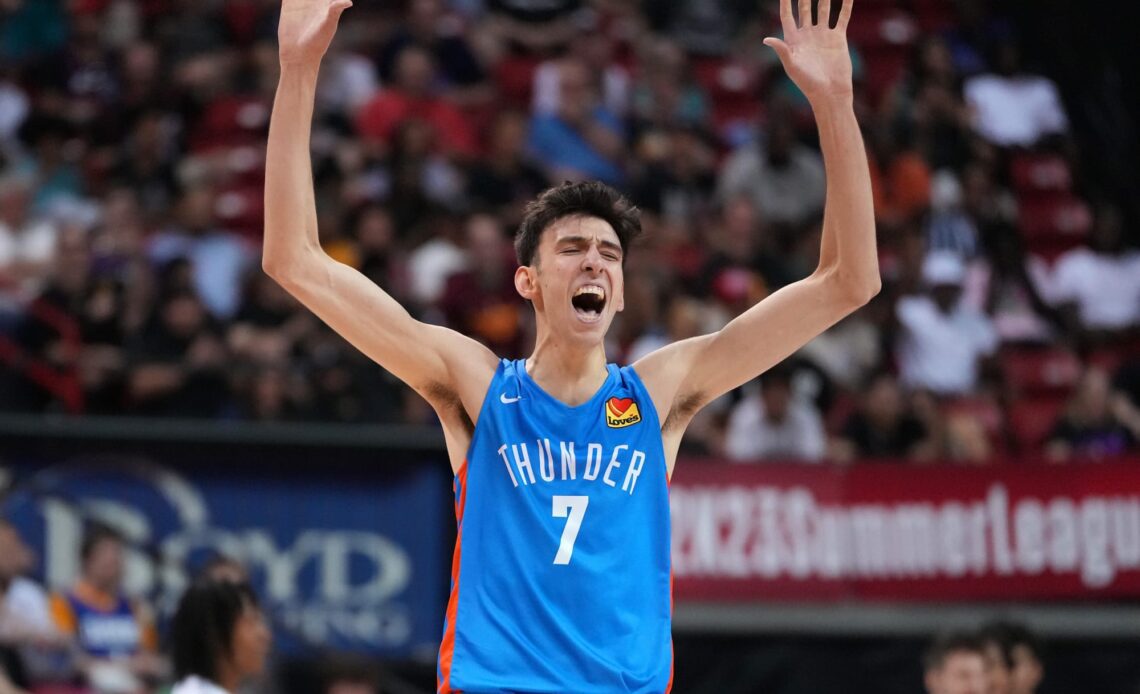 The Minnesota Timberwolves 2022-23 schedule has been released, so for the next couple of days, we’ll be holding their upcoming NBA season up to the light, dissecting and analyzing what we find, and then sharing the revelations as they become available.

For starters, we know that Minnesota Timberwolves will open their 2022-23 NBA season at home against the Oklahoma City Thunder. The Thunder finished the 2021-22 NBA season with a fourth-worst record of 24-58.  Of course, they had a bit of good fortune in the NBA Draft lottery, landing the second overall pick in the 2022 NBA Draft, a selection used to add Gonzaga’s star center Chet Holmgren to their roster.

Source: The Minnesota Timberwolves will open the season on October 19th against the Oklahoma City Thunder at Target Center

The contest will have a bit of a subplot, as Thunder rookie Chet Holmgren is a Minnesota native, and will no doubt have a significant number of fans in the bleachers cheering him on, despite this opener showing up as a road game. In many ways, it seems to be a fitting way for the young NBA star to undertake his first NBA season, back where it began.

Holmgren’s journey from his early days at the Minnehaha Academy to the NBA is about to begin, a story that opens with his return to the place where it all began. The only problem? He will be playing for the visiting team.

While the season opener will undoubtedly find plenty of Holmgren supporters, it will be the first opportunity to witness the Minnesota Timberwolves unveil their newly constructed roster as well. The build-up of seeing Rudy Gobert and Karl-Anthony Towns in the same frontcourt is something that is almost too good to be true.

While the homecoming will have plenty of positive emotions for Holmgren, don’t look for the Timberwolves to go easy on the Oklahoma City Thunder. The Minnesota Timberwolves will seek a hot start to the upcoming season, and will certainly view the Thunder as a beatable opponent. If the Timberwolves win the opener, they will have a chance to face their next opponent, the Utah Jazz, at home with a bit of positive momentum.