This player hoping to bounce back after rough year 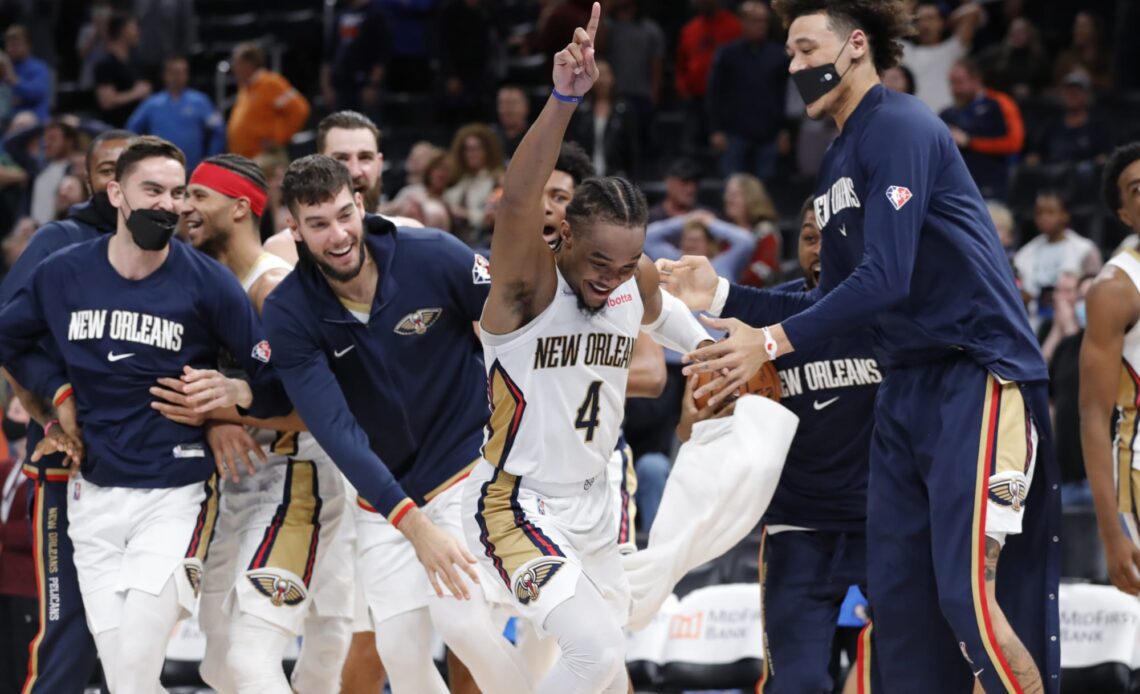 When the New Orleans Pelicans acquired Devonte’ Graham, they were hoping he could be the high-volume 3-point shooter that could replace Lonzo Ball.

Graham did have some big games for the Pelicans last season, but they were few and far between, and he ended up with his worst 3-point shooting numbers since his rookie season.

Devonte’ not only shot fewer 3-pointers than the season before, but made fewer of them as well, hitting just 34 percent from long range last season.

That’s one of the reasons he found himself in and out of the rotation down the stretch and why he could be the odd man out of the Pels’ rotation next season if he doesn’t turn things around.

He hasn’t helped himself so far this offseason, as he has had some legal trouble that could prove to be a distraction for him and the team.

With new players to compete with in a hungry competition for minutes, Devonte’ Graham will have an uphill climb to play a major role for the New Orleans Pelicans next season, but can he turn things around?

There are some things working in his favor.

Even though the Pelicans have a glut of guards, they could certainly use the skill that Graham has, as they lack 3-point shooting and need another high-volume guy to help spread the floor and generate points off the bench.

No one benefits more from the presence of Zion Williamson than guys who can knock down open shots, as they are going to get them when Zion is on the floor.

Graham was brought on as a complement to Zion, and never got the benefit of the open shots that the big man creates when he gets into the lane and draws the entire defense of the other team.

Devonte’ Graham has shot a high percentage on assisted 3-point shots over his career and will hopefully be the beneficiary of a lot more open ones next season with Zion, Brandon Ingram and CJ McCollum getting all of the attention.

It’s a make-or-break season for Graham, who will need to show he is the high-volume 3-point shooter the Pels need or he might lose his spot in the rotation, especially after a down year coupled with a bad offseason.