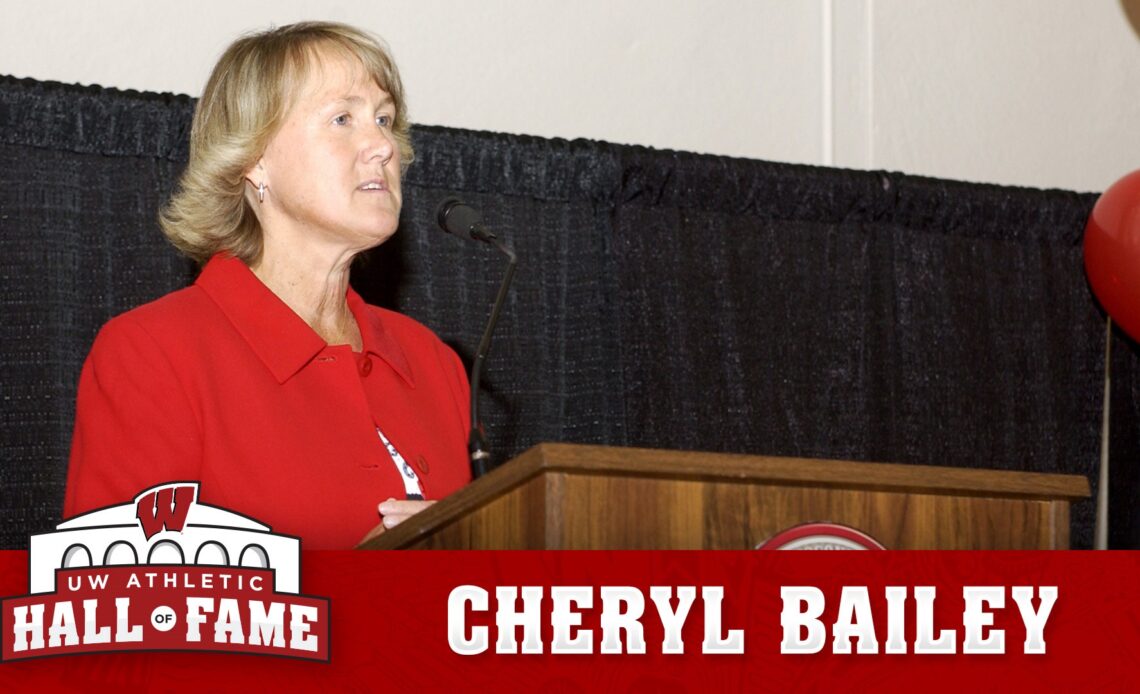 MADISON, Wis. — As an administrator, Cheryl Bailey was inclined to run towards resolution. Not from it. That was a trait ingratiating Bailey to her University of Wisconsin superiors, Pat Richter and Barry Alvarez, the athletic directors who held her decisiveness and decision-making in high regard.

Bailey (née Marra) was on the ground floor of a sports renaissance that transitioned the Badgers from the Dark Ages to a Fiscal and Competitive Enlightenment. It started with the chain of command when chancellor Donna Shalala hired Richter to take over a debt-ridden athletic department in 1989.

One year into the job, Richter hired Bailey to be the associate athletic director for women’s athletics, replacing the retiring Kit Saunders-Nordeen. Bailey was 35, the youngest administrator on Richter’s staff; younger even than some of the head coaches in the 13 sports that she was to supervise.

“Age really wasn’t anything I thought about,” she said. “I had a sports background and had been an athletic director. While it was at Division III (Denison), you’re still doing the same types of things. You’re overseeing coaches who are trying to get the most that they can out of the athletes they have.”

A year later, Richter announced a reorganization of his administrative staff and the consolidation of the men’s and women’s revenue and non-revenue sports under the direction of two associate athletic directors: Bailey who took on 11 sports; and Joel Maturi, who drew nine.

“One of the things that sticks out in my mind when I made the decisions in terms of who was going to run what programs and be the sports administrator,” Richter said, “was that we gave Cheryl responsibility for both men’s and women’s basketball and some other men’s and women’s sports.”