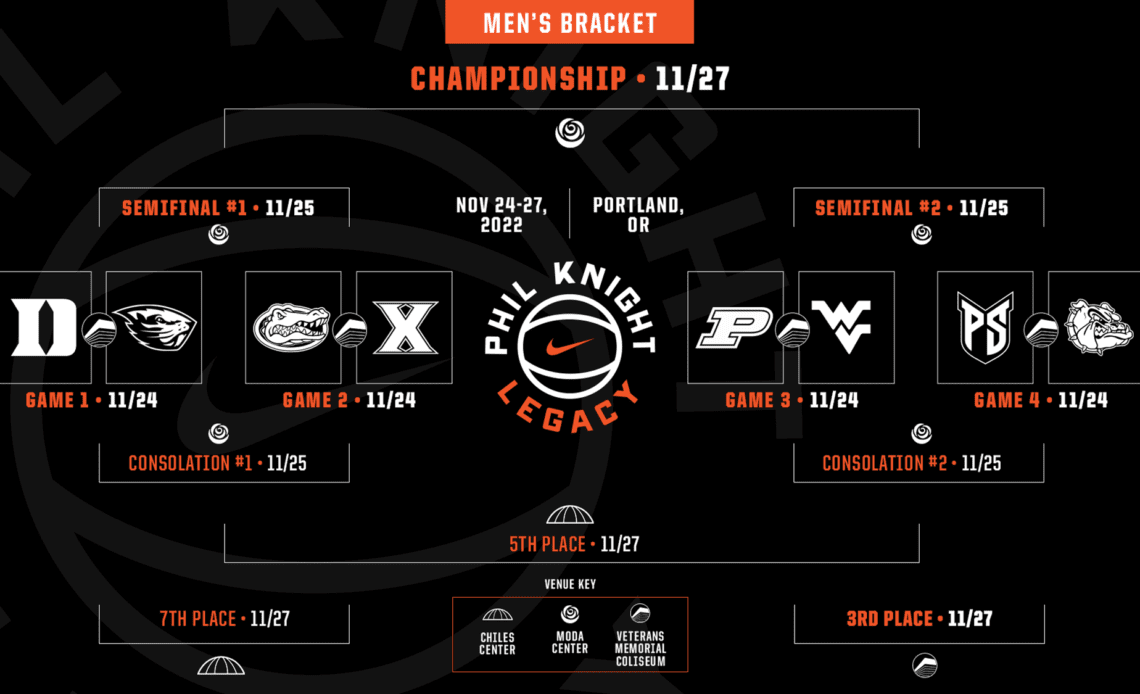 
WEST LAFAYETTE, Ind. – ESPN and Nike Basketball has announced that the Purdue men’s basketball team will face West Virginia in the opening round of the Phil Knight Legacy.

The Boilermakers will face the Mountaineers on Thanksgiving Day at 10 p.m. ET (7 p.m. local) at Veterans Memorial Coliseum in Portland, Oregon. The game will be televised by ESPN2.

The winner of that contest will face the winner of Gonzaga and Portland State in the semifinals on Friday night. The championship and placing games will be played on Sunday.

Purdue leads the all-time series by a 7-1 margin, having last played the Mountaineers in December 2013 (73-70). The two teams have played four times since New Year’s Day in 2010.

The other side of the bracket pits Duke vs. Oregon State and Florida against Xavier.

Tickets are available for the tournament through TicketMaster.com.