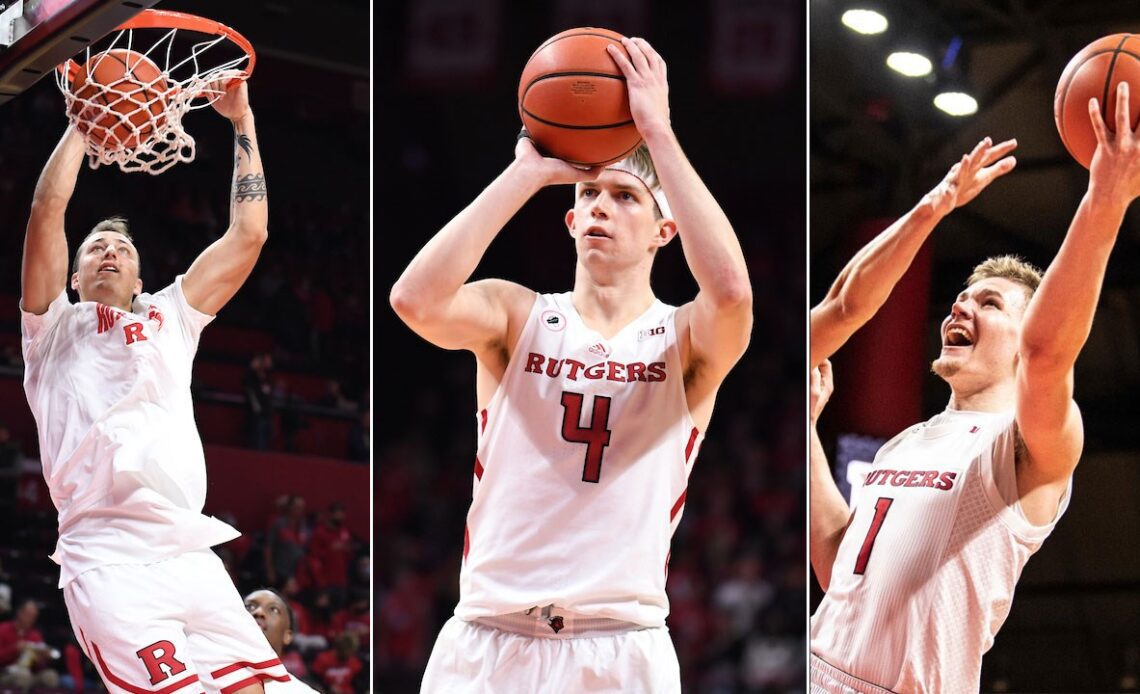 
PISCATAWAY, N.J. – Rutgers men’s basketball had three student-athletes recognized for their academic achievements today as they were named to the 2021-22 NABC Honors Court.

The NABC on Tuesday announced the recipients of the 2021-22 NABC Team Academic Excellence Awards and NABC Honors Court, representing outstanding achievement in the classroom by collegiate men’s basketball teams and student-athletes.

All three student-athletes were members of the Academic All-Big Ten team last season as RU had nine honorees on that listing. The nine players on the Academic All-Big Ten team marked the best in the entire conference. The Scarlet Knights have excelled in the classroom over the past academic year. As a team, RU posted a 3.24 cumulative GPA in the during the season and a 3.114 cumulative GPA during the spring also qualifying the team for recognition on the NABC’s Academic Team Excellence Award for the third-straight season.

Nathan was just honored as one of RU’s 135 Big Ten Distinguished Scholars as he had a perfect 4.0 GPA while pursuing a doctorate degree in Organization Psychology during his senior season.

The NABC’s academic awards include honorees from all levels of college basketball.

“Academic success is a core value of the NABC and a priority shared by men’s basketball programs across the country,” said NABC Executive Director Craig Robinson. “Excellence in the classroom requires hard work and dedication, and the NABC considers it a privilege to honor these deserving student-athletes and the coaches and staff who support them.”

Over 2,000 players earned spots on the NABC Honors Court and over 300 programs received NABC Team Academic Excellence Awards for 2021-22. A full list of Honors Court recipients is available by clicking here, and the following programs earned Team Academic…