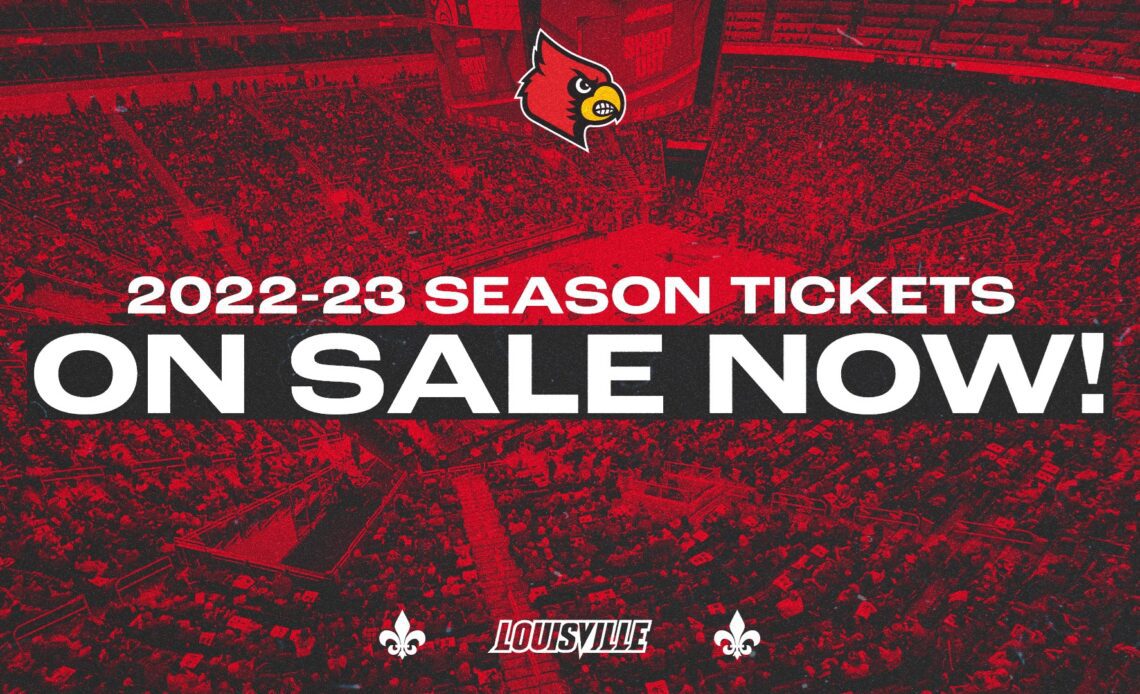 LOUISVILLE, Ky. – Season tickets for the University of Louisville’s women’s basketball 2022-23 home schedule in the KFC Yum! Center are available for purchase.

Coming off the program’s fourth NCAA Final Four appearance, head coach Jeff Walz returns key pieces and has added additional talent that put the Cards among the nation’s elite for the upcoming season . The 2022-23 schedule features 14 home matchups, which includes the ACC/Big Ten Challenge against an opponent yet to be announced.

Reserved tickets are available for $154 per ticket, with senior tickets beginning at $126 and $98 for those 18 and younger. Fans purchasing season tickets have the opportunity to utilize an interest-free payment plan extending through January 1, 2023. Pricing and additional information is available here.

CardsPass, a flexible mobile season ticketing program, is available for fans of all ages beginning at $98 per seat.

Throughout July and August, fans who renew their Louisville Women’s Basketball season tickets or purchase new seats will have the chance win exclusive Louisville women’s basketball prizes. The first giveaway will be July 6 and run for eight straight Wednesdays until Aug. 24.

Prizes include a Final Four framed basketball, a Walz signed jersey or autographed Final Four flag and other exciting prizes. For additional information log onto gocards.com/walzwednesdays.

Packages are also available for the Bad Boy Mowers Women’s Battle 4 Atlantis at the Atlantis Paradise Island Bahamas Resort on Nov. 19-21. The field has yet to be determined, but fans can plan now for this exciting event. Fans are required to have a room reservation at the Atlantis Resort to have access to purchase tickets. Rooms and tickets can be booked here.

The Cardinals, who led the ACC in attendance and ranked in the top five nationally for the 12th-straight season,  finished the 2021-22 season at 29-5 and were undefeated at home with a 15-0 record. The Cardinals own a 151-20 record over the last five seasons under Walz, which ranks third only behind Baylor and Connecticut.