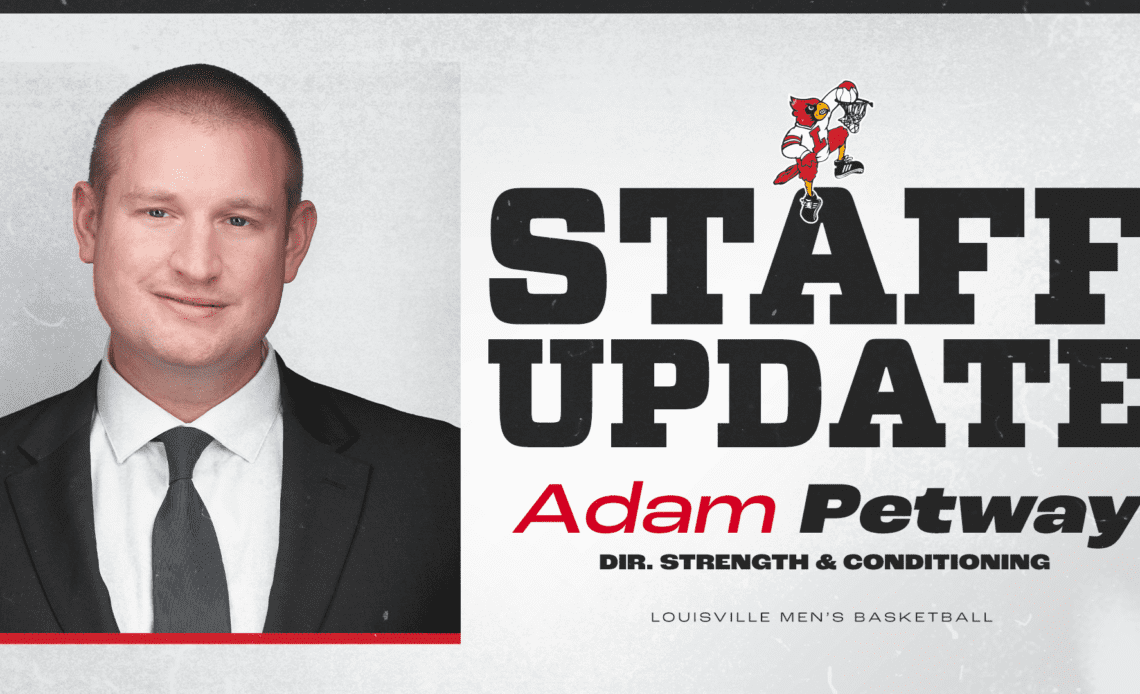 LOUISVILLE, Ky. — Dr. Adam Petway, who has over 12 years of experience in strength training and sports performance at the NBA and collegiate levels, has joined the University of Louisville men’s basketball staff as Director of Strength & Conditioning under head coach Kenny Payne.

“Adam comes to this program highly recommended with a background both in NBA and the track and field world,” said Payne.  “His experience will bring a unique and different expertise to Louisville Basketball. I am so excited for our players to have Adam lead them into the world of sport specific movement.”

Petway most recently served as the Horizontal Jumps Coach/Assistant Track & Field Coach at West Chester (Pa.) University since January.  There his coaching emphasis was on horizontals, as well as working with Golden Rams athletes in strength and conditioning programs, rehabilitation and biomechanical assessment and analysis for sprints, jumps and hurdles.

He was the Director of Athletic Performance for the NBA Washington Wizards for the 2020-21 season, where he directed all aspects of player performance for the team.  In his role with the Wizards, he led the kinetic assessments of each athlete, collaborated with medical staff on player rehab, and designed and implemented training programs for all athletes.

“I am thrilled to have the opportunity to work for Coach Kenny Payne and the Men’s Basketball Program,” said Petway. “Helping athletes develop has always been a passion of mine, and I am excited to do so with great student-athletes here at The University of Louisville.”


Prior to Washington, Petway served as the Lead Biomechanist for Strength & Conditioning for the NBA Philadelphia 76ers after a year as a Strength and Conditioning Specialist with the team.  There he assessed and contributed to the general physical preparation for each athlete among other responsibilities for the NBA team.

Petway served as the Director of Strength and Conditioning coach for the University of Arkansas basketball program for over four years (2014-18) after a year as an assistant with the program.  While at Arkansas, he oversaw all aspects of the Arkansas men’s basketball strength and conditioning program, including its unique performance training for the Razorbacks’ up-tempo style and the team’s nutritional guidelines.  He…