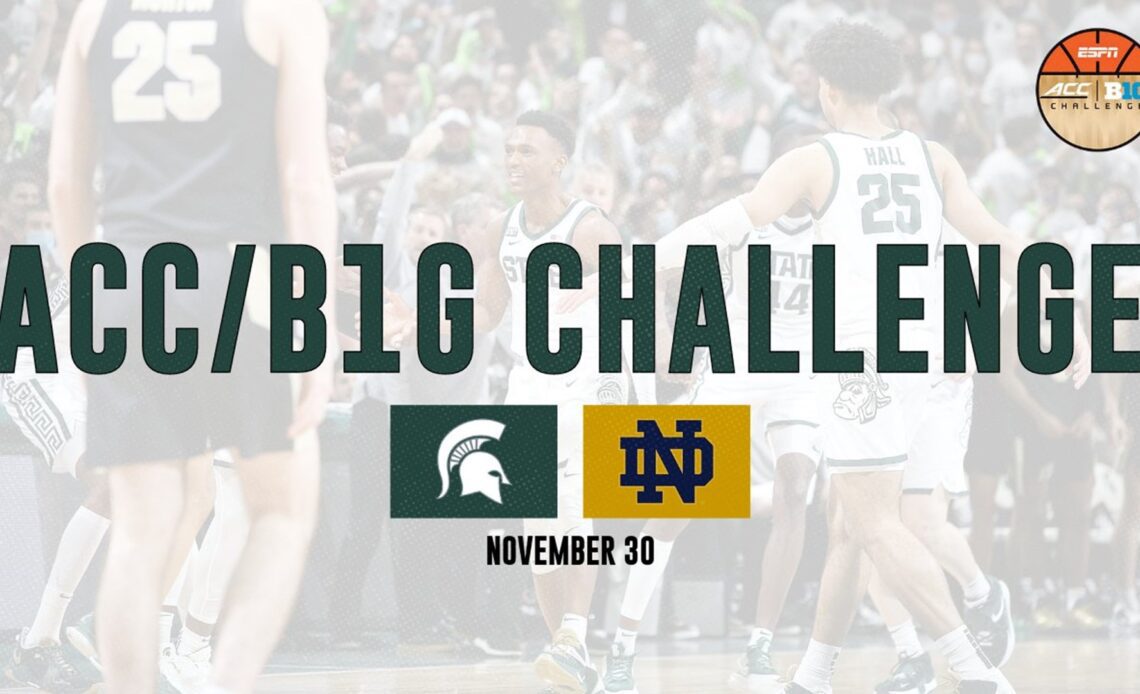 Tipoff time and television for the game will be announced at a later date. The ESPN networks will air all 14 games in the Challenge.

The meeting between Michigan State and Notre Dame will be the 98th all-time between the schools, but just the fourth since 1979. The Irish lead the head-to-head series, 60-37, and MSU has won four of the last five meetings. The teams last played in the second game of the 2020-21 season at the Breslin Center, an 80-70 MSU win. The Spartans also posted an 81-63 win over the Irish on Nov. 30, 2017 in the ACC/Big Ten Challenge. This will be the first game at Notre Dame since the Irish posted a 79-78 overtime win on Dec. 3, 2014.

Overall, MSU is 9-12 in Big Ten/ACC Challenge history.  Michigan State beat Louisville, 73-64, at the  Breslin Center in last year’s Challenge.  The Spartans have split their last four games, including the win over Notre Dame in 2018.