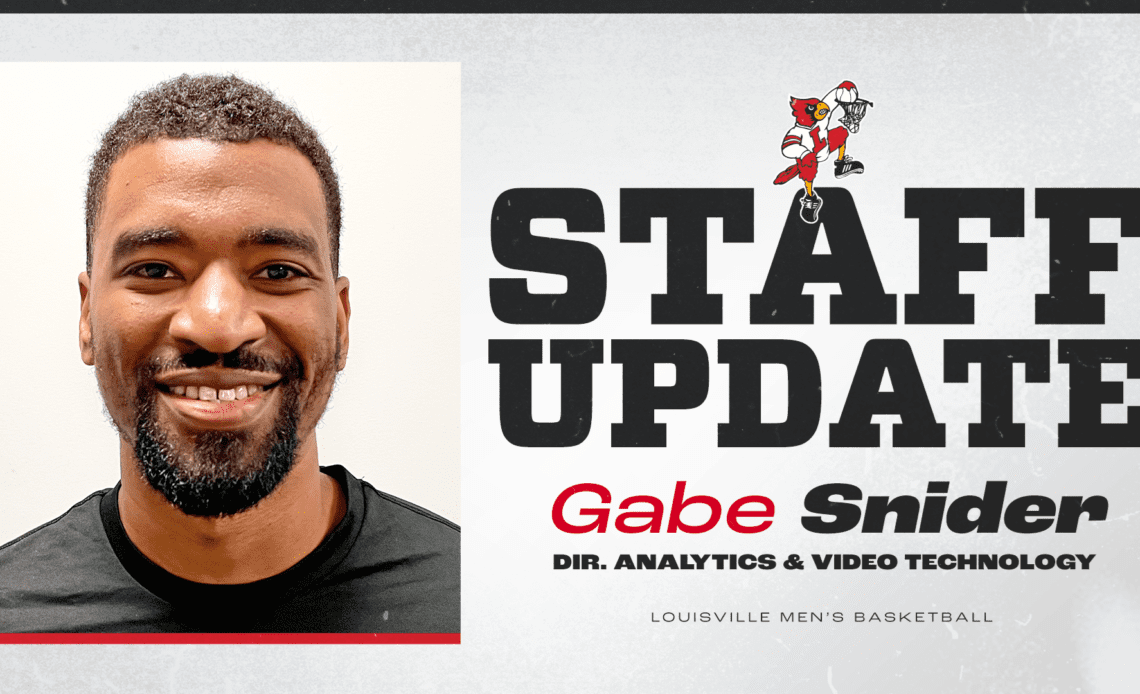 
LOUISVILLE, Ky. – Gabe Snider, who has worked in the video departments for three NBA teams, has joined the University of Louisville men’s basketball staff as Director of Analytics and Video Technology under head coach Kenny Payne.

“Gabe is one of the brightest young basketball minds in the game,” said Payne.  “He has an unbelievable feel for the game and for players, and is very professional and hard working. He is very astute in with game planning and strategies needed for preparing for opponents. Welcome to the family Gabe.”

Prior to his time with the Knicks, Snider worked as assistant video coordinator for the Milwaukee Bucks for a year after a season as video coordinator for the Detroit Pistons.  He worked as a graduate manager at Indiana University for three years, assisting with individual and group player skill workouts as well as team game plans and scouting reports among other duties.

“I am extremely excited to join Kenny and his all-star staff,” said Snider.  “I’ve witnessed his genuine passion and development of players in this game first-hand.  I look forward to being a part of the reemergence of Louisville Basketball.”

Snider had a four-year playing career in basketball at the University of Illinois Chicago, where he earned his bachelor’s degree in marketing in 2016.  He was named as the recipient of UIC’s 2016 Don Nash Award, for exemplifying continuous academic and civic responsibility.  Snider played in 80 games at UIC, leading the Flames in three-point field goal percentage in his freshman, sophomore and senior seasons.  He helped UIC earn the school’s first men’s basketball postseason victory as a freshman.  In his final season, he averaged 15.6 minutes per contest and tallied nine games with multiple 3-pointers, two of which he poured in six three-pointers.

A native of Chicago, Snider was a three-sport athlete in high school,…