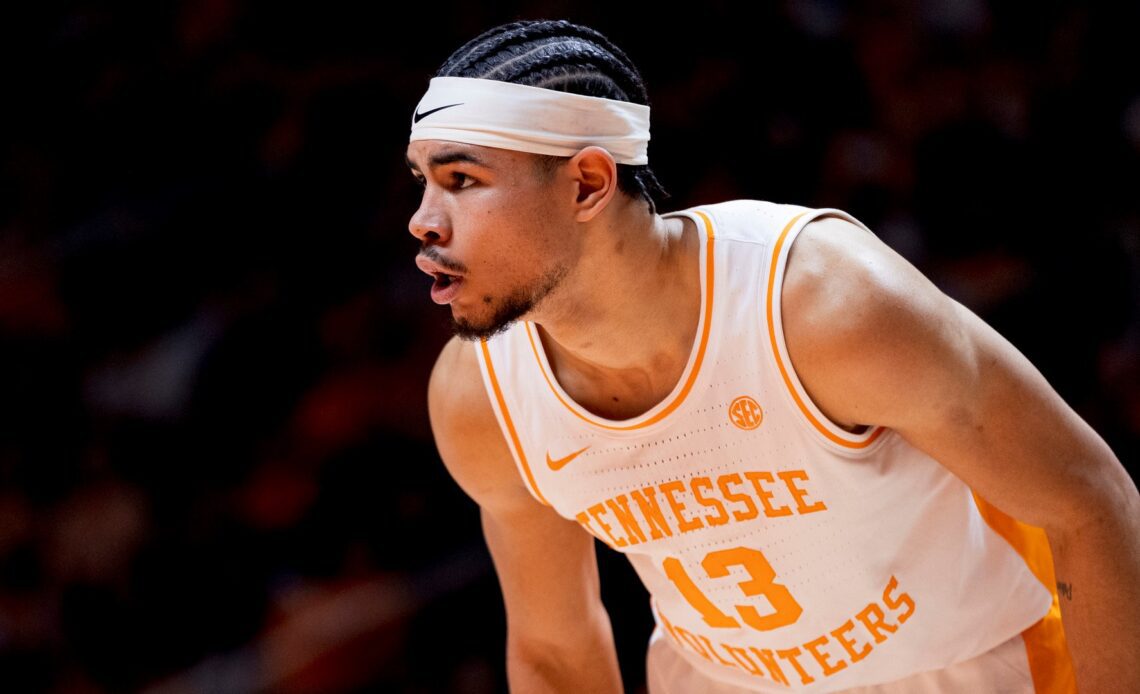 A native of Helsinki, Nkamhoua competed for Susijengin in a pair of friendly games against Estonia.

During Finland’s win over Estonia on Thursday, Nkamhoua had 12 points on 5-for-9 shooting in 22 minutes with two rebounds.

In Friday’s game, Nkamhoua finished with 11 points on 4-for-7 shooting and three rebounds in 17 minutes.

This marks the second straight summer in which Nkamhoua has competed with Basketball Finland. In 2021, he played three preparatory national matches with his native country ahead of the Summer Olympics in Japan.

Nkamhoua’s experience with Basketball Finland the past two summers leaves him well positioned for the opportunity to compete with Finland’s men’s national team in its quest to qualify for the 2024 Olympics.

Prior to having his season cut short due to a season-ending injury, Nkamhoua was enjoying his most productive season yet as a Vol in 2021-22. Nkamhoua started all 22 games in which he was healthy—averaging 8.6 points and 5.6 rebounds on 49.7 percent shooting from the field in 21.5 minutes per game. He also showed extended shooting range, shooting 44.8 percent from 3-point range after making just one of five 3-point attempts in his first two seasons with the Vols combined.