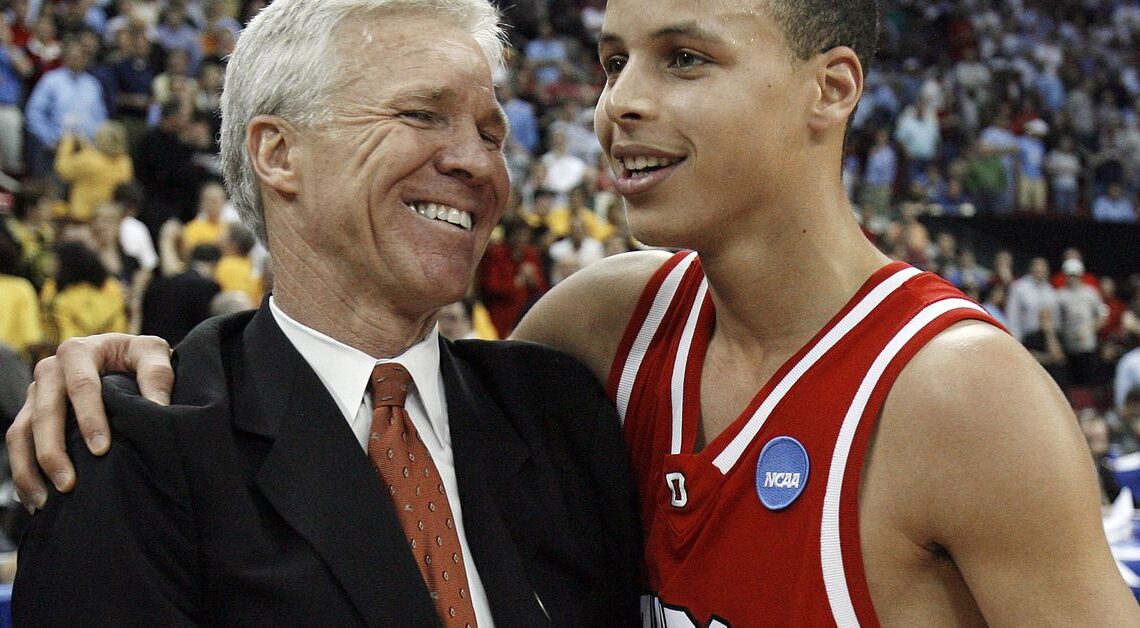 After 33 seasons at the helm of the Davidson Wildcats basketball program, head coach Bob McKillop announced his retirement Friday.

“I think you know how my heart has been touched by Davidson, so I’ll be stepping away,” McKillop said in a press conference.

McKillop sent Davidson to 10 NCAA Tournament’s in his tenure with the most recent coming last season. The way his current roster is lined up, the Wildcats are in contention for another bid to the Big Dance in 2022-23.

McKillop was named the 2008 NABC Coach of the Year along with being named conference coach of the year 10 times.

The awards are cool but coaching is about the lives you change, and McKillop did a lot of that.

“If I had to live my life over again as a coach, one simple thing. I would love more.” – Bob McKillop

This is enough to make a grown man cry. 32 seasons of building one of the best mid-major programs around. Davidson through and through.

Being in charge of a program at the same school for 33 years, you become a large figure in a community. Not only does that resonate within a community but it glows around the country and in the coaching ranks.

Why wouldn’t you want to send your kid to a respected program with a long-tenured head coach?

Not only that, but McKillop coached many great players in his time, highlighted by four-time NBA champion Stephen Curry.

The night before McKillop announced his retirement, Curry was named the NBA Finals MVP for the first time as his Golden State Warriors defeated the Boston Celtics in six games. Tears ran down his face in the final seconds and that meant a lot to McKillop.

In addition to McKillop’s retirement announcement, Davidson announced that Curry’s number 30 would be retired in August. It will be Davidson’s first retired numbers.

Since Curry, Davidson’s been a premier mid-major program. One of the players to pass through since was Jake Cohen. In 2013, he won SoCon Player of the Year. He chose Davidson over the likes of Nebraska, Northwestern, Penn State and Stanford. But it was McKillop’s all-facts attitude that brought him down south.

“I remember he was sitting on my back porch, and I was getting recruited by some big-time programs at that point,” Cohen said during the press conference. “They’re all telling you ‘you’re going to be great’ and ‘you’re going to get a chance to…