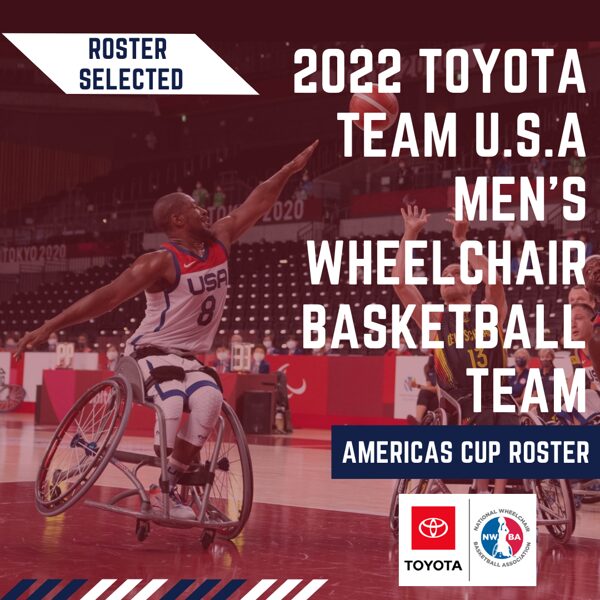 Robb Taylor, U.S. Men’s National Team Head Coach, shares his thoughts at the conclusion of selection camp, “I am pleased with the effort put forth by all athletes during this selection camp, their effort made the final decision on selection a difficult one for me and my staff.”

Coach Taylor shares his thoughts on the U.S. Men’s National Team roster for the 2022 Americas Cup, “I am excited to be taking this group of 12 athletes to Brazil that will work to accomplish our initial team goal of qualifying for Worlds.”

Brian Bell (Birmingham, AL) brings the most U.S. experience to the roster and is coming off defending a gold medal at the 2020 Tokyo Paralympics. Bell first won gold with the U.S. Men’s team at the 2016 Rio Paralympics. Bell looks to have the opportunity for another podium finish at the IWBF World Championships having been a member of the silver medal winning U.S. Men’s team at this event in 2014 and 2018. Bell is also a gold medalist from the 2015 and 2019 Parapan American Games.

Both Jorge Sanchez (Oakland, CA) and John Boie (Milton, WI) return to the roster after making their Paralympic debuts in a successful 2020 campaign, winning a gold medal at the Tokyo Paralympics. Boie and Sanchez also…