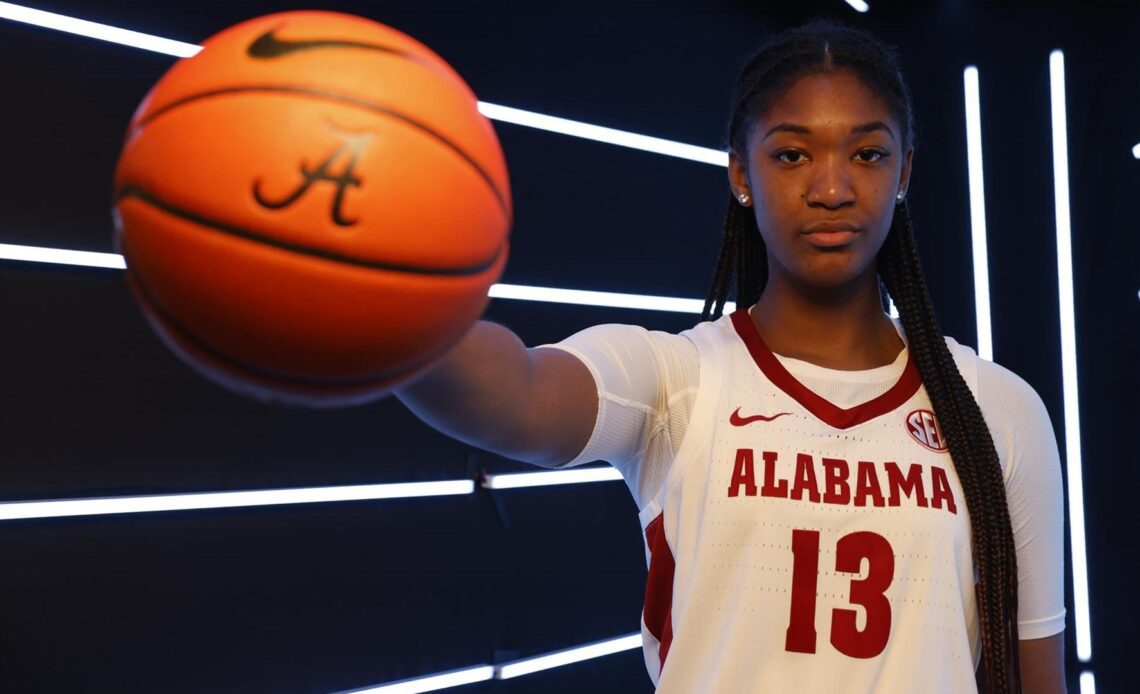 TUSCALOOSA, Ala. – The University of Alabama women’s basketball program finalized its 2022-23 roster after inking another elite transfer to its incoming class, head coach Kristy Curry announced Monday. JeAnna Cunningham, a 6-4 center from West Virginia, will have immediate eligibility to compete for the Crimson Tide in the fall of 2022.

to form the Crimson Tide’s incoming class, which will all enjoy immediate eligibility. The six newcomers, combined with eight returners, including all five starters, make up the Alabama women’s basketball roster for 2022-23.

Cunningham, a 6-4 center from Brentwood, N.Y., played for two seasons at West Virginia, before transferring to the Capstone. She helped the Mountaineers to a 22-7 record and an NCAA Tournament Second Round berth in 2020-21 and a 15-15 record last season.

Cunningham was a highly sought-after prospect out of high school, ranked as the No. 13 forward, according to ESPN. She was also touted a four-star prospect and an Elite 150 recruit by Prospects Nation. She played under the helm of Kerri White at St. Francis Prep, where she was named a multiple-time New York State Catholic High School Athletic Association (GCHSAA) performer as a sophomore, junior and senior.

She was selected to the All-State Second Team by New York State Sportswriters Association (NYSSWA), after recording 12.7 points per game as a senior in 2019-20. Cunningham also led her team to a 2020 GCHSAA Brooklyn/Queens Championship.

Before that, she averaged a double-double on 12.6 points per game and 14.2 rebounds per game as a junior in 2018-19. That same season, the GCHSAA named her a Brooklyn/Queens All-Star.

“We are really excited to add JeAnna to our team. She brings great size and length to our front court. She has great…