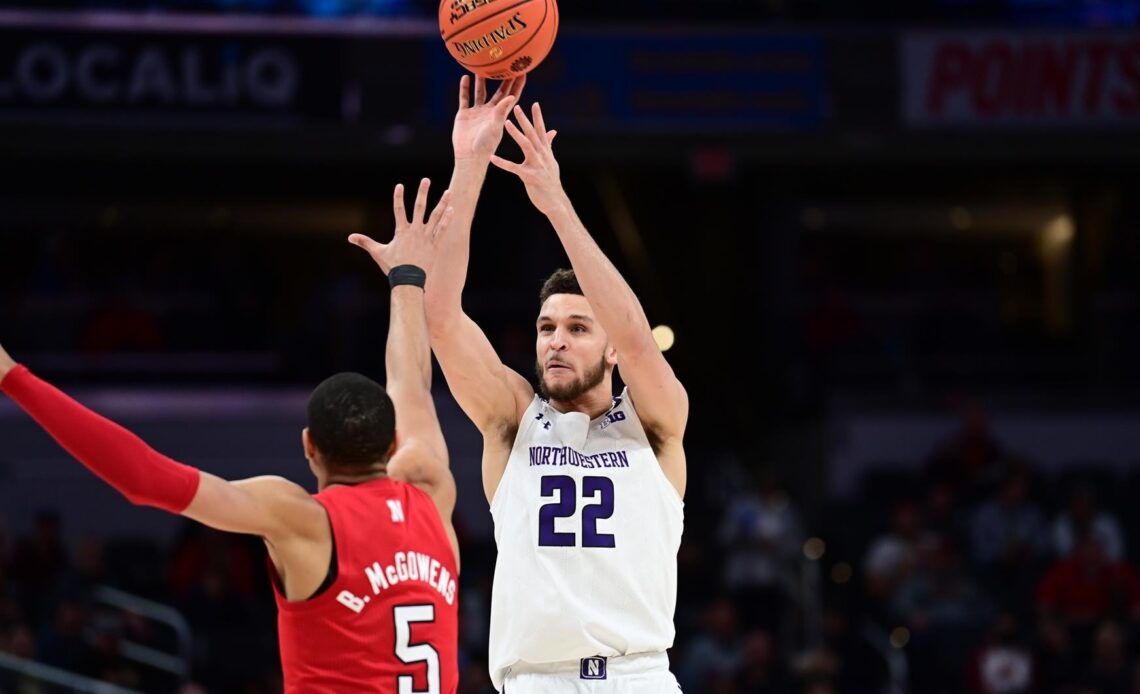 
EVANSTON, Ill. – Northwestern senior forward Pete Nance has received an invitation to participate in the 2022 NBA G League Elite Camp. The NBA G League announced a field of 44 prospects for the NBA Draft 2022 presented by State Farm® for the event which will take place May 16 and 17 at Wintrust Arena in Chicago.

Nance led the Wildcats averaging 14.6 points, 6.5 rebounds and 1.1 blocks per game last season as he was named All-Big Ten Honorable Mention. During his last season, he became the 38th player in program history to score 1,000 career points. Alongside Ohio State’s E.J. Liddell, Nance was just one of two players in the conference to average 14+ points, 6+ rebounds and 2.5+ assists per game

The 2022 NBA G League Elite Camp gives draft prospects an opportunity to display their skills in front of NBA and NBA G League scouts, coaches and front-office executives over the course of the camp by playing in five-on-five games and participating in strength and agility drills. Based on performance, select players from the NBA G League Elite Camp will be invited to participate in Microsoft Surface NBA Draft Combine 2022, which will be held May 18-22 at Wintrust Arena.

“We are thrilled to host this talented group of draft prospects at our NBA G League Elite Camp,” said NBA G League Head of Basketball Operations Malik Rose. “This is an incredible opportunity for these 44 young men to showcase their basketball abilities in front of both NBA and NBA G League front office personnel.”