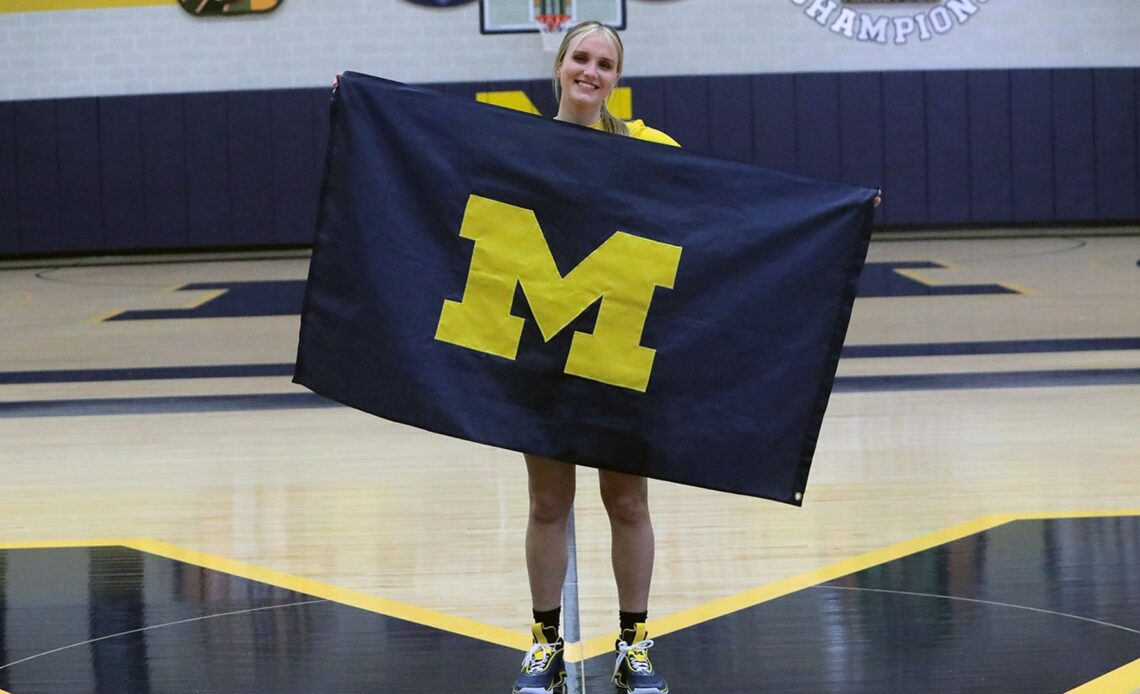 “We are so excited that Greta chose to commit to Michigan,” Barnes Arico said. “I have known Greta for a long time and she is a perfect fit for our program, especially for the culture we have created here. She is incredibly hardworking and disciplined, both as a basketball player and as a student. Greta’s versatility and ability to do so many different things on the basketball court will immediately make an impact for us. She is the total package – an ability to score, a knack for making people around her better, defensive prowess, rebounding and leadership. Greta is a playmaker and a winner who has experience playing against the very best.”

“I chose Michigan to help build on the winning tradition that has grown under Coach Arico,” Kampschroeder said. “I’ve always admired the way her team competes while having fun. I also look forward to developing my own game with such a great coaching staff. I feel fortunate to have the chance to pursue my education at a world-class institution.”

Kampschroeder played the 2021-22 season at Oregon State, appearing in 31 games with 25 starts. She averaged 5.2 points and 2.5 rebounds in 21.5 minutes per game with five double-figure scoring games. She was named the Most Outstanding Player at the Maui Classic and was a Pac-12 Freshman Honorable Mention.

Kampschroeder hails from Naperville, Illinois, where she attended Naperville North High School. In addition to being a McDonald’s All-American, she was also a Jordan Brand Classic All-American and a Naismith Under Armour All-America honorable mention. A three-time Naperville Sun Girls Basketball Player of the Year, Kampschroeder finished her high school career with 1,735 points, 853 rebounds, 267 assists, 273 steals and 75 blocks. She averaged 17.8 points and 10.0 rebounds per game in her final season en route to being the No. 8-ranked national recruit according to Blue Star.