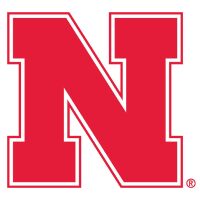 UNIVERSITY PARK, Pa. – The Penn State men’s basketball team used a hot-shooting second half to turn a seven-point second-half deficit into a seven-point win in a 67-60 victory over Northwestern Friday night on Senior Night at the Bryce Jordan Center.

The tightly-contested contest saw 13 lead changes before a layup from senior Jalen Pickett with 4:30 left to play gave the Nittany Lions a lead they wouldn’t relinquish the rest of the way.

Dallion Johnson’s 15 points, including five 3-pointers, and John Harrar’s 20 rebounds were all career-highs that served as catalysts for Penn State’s third victory in its last four games. Harrar added 11 points to cap off his fourth-straight double-double.

Penn State shot 60.9 percent from the field and 56.3 percent from deep in the second half, with Johnson knocking down all five of his threes in the period. Seniors Myles Dread and Sam Sessoms, as well as junior Seth Lundy, all contributed to the second-half onslaught.