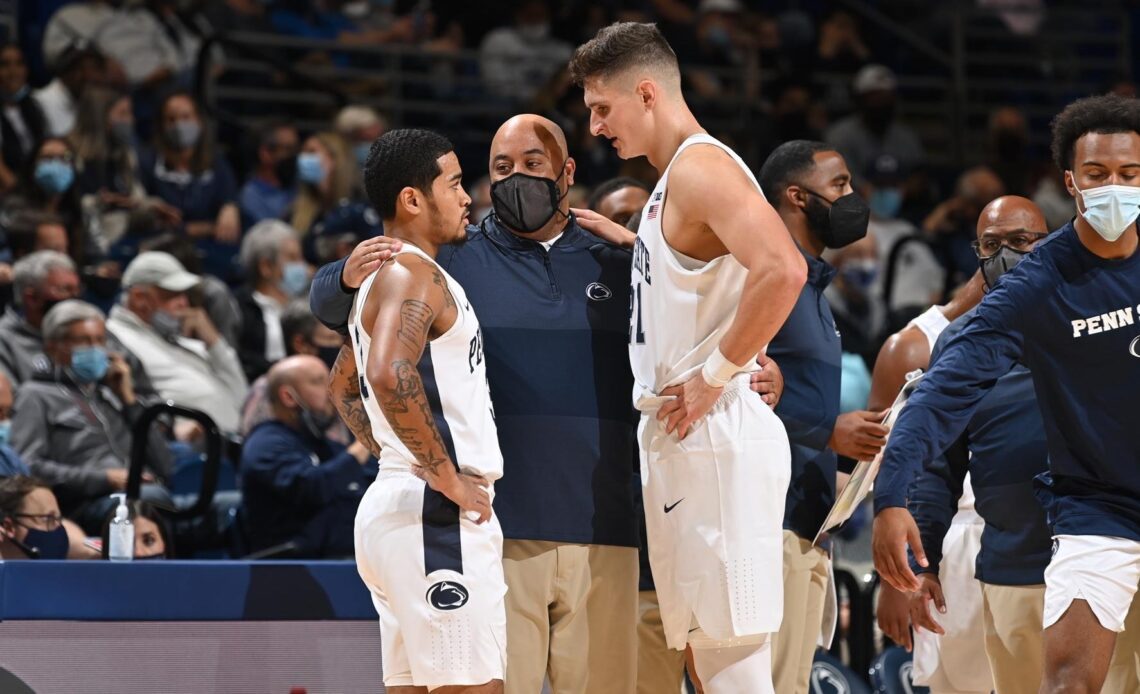 UNIVERSITY PARK, Pa. – First-year men’s basketball head coach Micah Shrewsberry had one mission for his senior class this season, and it entailed building his players to succeed both on and off the court.

The seven seniors on this year’s roster, who will be honored on Senior Night Friday against Northwestern, have served as the foundation of his program in Shrewsberry’s first year in Happy Valley. The group has displayed resilience, along with their abundance of leadership and guidance for their younger teammates.

Shrewsberry has made a continuous effort in his first season to emphasize the group’s importance on the team and what they bring to the court.

“They have all played at least four years of college basketball,” he said, referencing Jaheam Cornwall, Myles Dread, John Harrar, Greg Lee, Jalen Pickett, Sam Sessoms and Jalanni White. “They have seen a lot of things and been in different game situations throughout their careers. I know that I can always lean on that group in particular to do what is right.”

Four of the seven total seniors transferred to Penn State within the last year, but all of them took a chance on Shrewsberry and his coaching style through the transition phase of the program. As many of them have stated throughout this season, Shrewsberry, and their experienced teammates, have played a vital role in their development.

One of those players that has continued to develop is Harrar, who had the option to leave Penn State but stuck by his team and community. He has been one of the team’s most vital players on the court this season. The forward, who is averaging 10.5 points and a team-leading 9.8 rebounds, is referred to as “the anchor” of the team by his coaches and teammates.

“He is one of the hardest workers I have ever seen, and in the league,” Shrewsberry said. “It is never a question if John ever plays hard, he always gives 100 percent effort in every game and practice. After games he continues to have this incredible mindset that leads him to lift while others go into recovery mode.”

In his freshman year at Penn State, Harrar was awarded the program’s Lou Lamie “Most Inspirational” award at the annual banquet for preparedness and work ethic. This is something that has never left John as he continues to defy odds to push and become stronger.