Draymond Green getting closer to his return 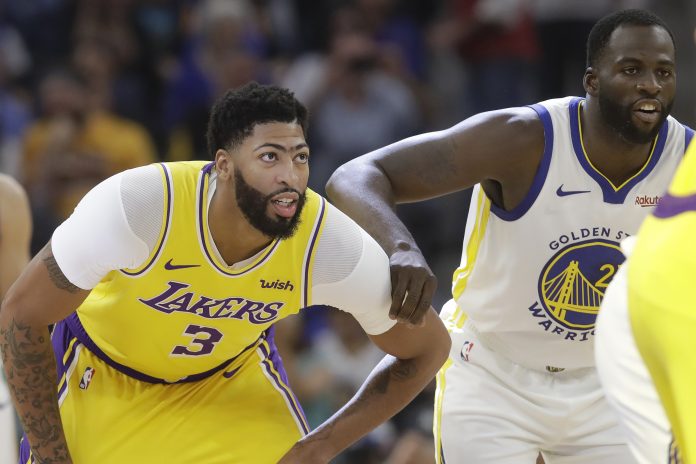 Los Angeles Lakers forward Anthony Davis (3) is defended by Golden State Warriors forward Draymond Green as the Lakers bring the ball down the court during the first half of a preseason NBA basketball game in San Francisco, Saturday, Oct. 5, 2019. (AP Photo/Jeff Chiu)

The Golden State Warriors expect to have Draymond Green back in the near future. According to a press release by the Dubs, it is anticipated that the 31-year-old forward will return to play at some point after the All-Star break.

Green, who has missed the last 19 games, has recently progressed to doing some light on-court activity and will continue to increase his workload moving forward.

This season the three-time NBA champion is averaging 7.9 points, 7.6 rebounds and 7.4 assists in 29.9 minutes per game for Golden State.