Penn State Knocks Off No. 19 Michigan State in Comeback Fashion 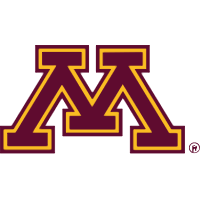 The Nittany Lions only led the game for a total of 2:07, trailing by as much as 14 with 13:20 to play in the second half.  The 33-15 game-closing run was cemented with a 12-4 Penn State advantage in the final 3:04 as the Nittany Lions clawed back for first-year head coach Micah Shrewsberry‘s first head coaching victory over a ranked team.

Junior Seth Lundy led all scorers with a game-high 17 points behind five 3-pointers. Graduate student John Harrar had a monster game for his seventh double-double of the season with 16 points and a career-high 16 boards. Senior Jalen Pickett rounded out the double-digit scoring for the Nittany Lions with 10 points while adding four rebounds, three assists and three steals.