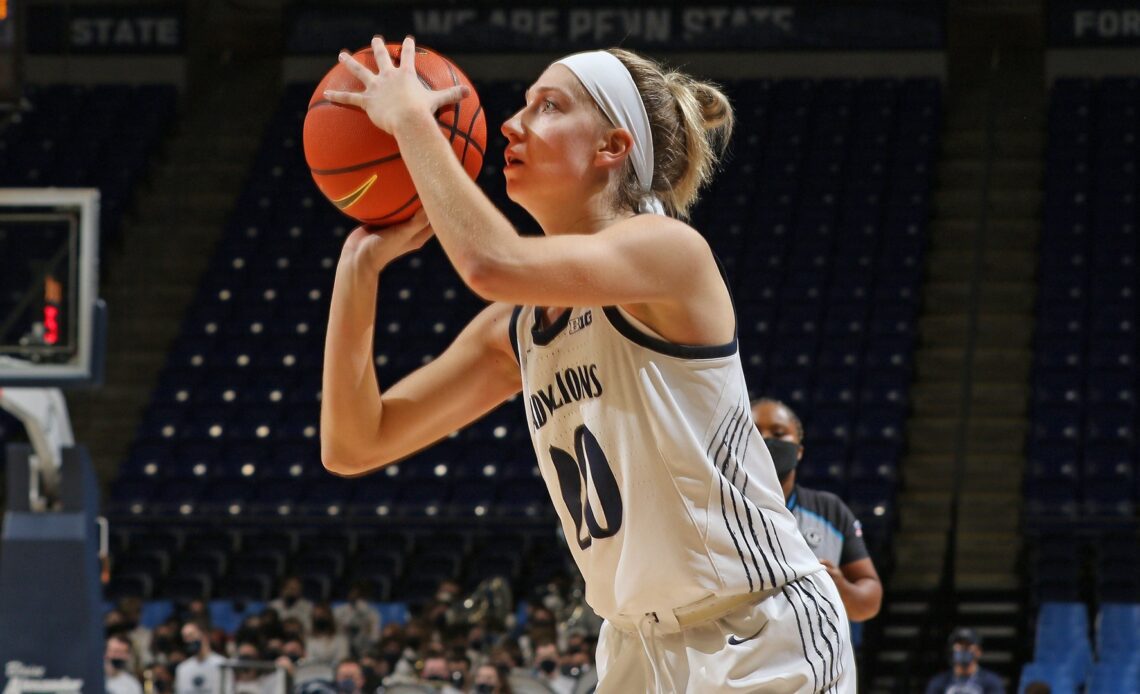 UNIVERSITY PARK, Pa. – Enjoying a stellar junior season, Makenna Marisa was added to the Dawn Staley Award Watch List on Saturday. She is one of 17 players on the watch list.

The Dawn Staley Award, given by the Phoenix Club of Philadelphia, is presented to the most outstanding collegiate guard in the country; a player who exemplifies the skills that Dawn possessed during her career (ball handling, scoring, her ability to distribute the ball and her will to win). Four finalists will be announced in Mid-March and the winner will be announced the weekend of the Final Four. The award will be presented on Thursday, April 7.

The junior’s 21.5 points per game against ranked opponents are second among Big Ten players who have played at least five games against ranked teams.

Marisa has scored at least 11 points in all 22 games this season, one of five players in the country who have scored double-figures in every game this season (minimum 22 games).

Marisa has tallied 14 games with 20+ points, ranked fifth in the country, 10 games with 25+ points, second in the nation, and three 30-point games.

The Pennsylvania native sits second in the conference, fourth in the country, in total points (492). She also holds sixth in the nation in field goals made (177) and 10th in field goal attempts (393).

On November 16, Marisa recorded a triple-double (30 points, 11 assists, 10 steals) vs. Delaware State. It was Penn State’s first triple-double since Suzie McConnell vs. Western Kentucky in 1988. Marisa’s triple-double was the 25th points-assists-steals triple-double in NCAA Division I history and the 30th 30-point triple-double. She was awarded Big Ten Player of the Week for her efforts.

Marisa also had a double-double against Illinois, with 25…