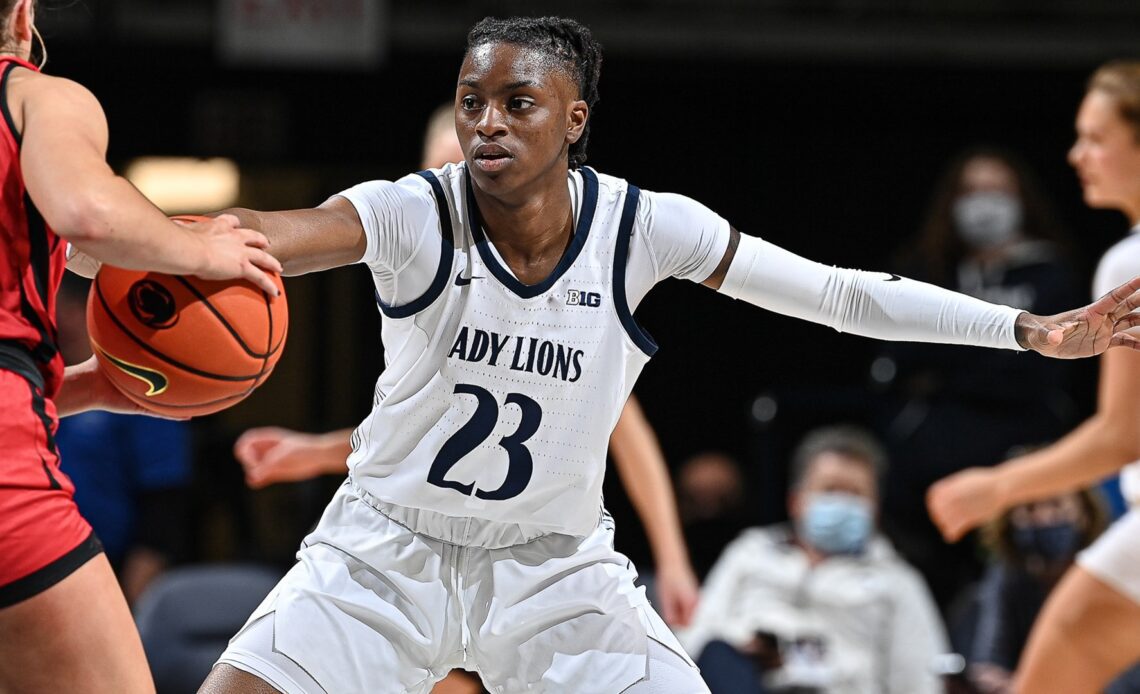 UNIVERSITY PARK, Pa.- For the Lady Lions, succeeding on defense has been a top priority this season, and junior guard Shay Hagans has played a vital role in making this happen.

Head Coach Carolyn Kieger stresses every game that successful playmaking must start with defense first. Hagans, who is currently ranked third in the Big Ten in steals per game with 2.0, and tied for third in total steals with 39, has been a crucial force to energizing this playmaking on the defensive end this season.

For Hagans, her energy-filled basketball career started by following in the footsteps of her mother, Debra, and brother, Tyree, who played. It didn’t take long for her to realize that she had a special talent that could be taken to the Division I level.

“My mom and my brother both played, so I had no choice but to put a ball in my hands,” said Hagans. “I just knew I had talent from the start. After I found out what I could do, I just kept going, training, and practicing my skills.”

After joining the Lady Lions squad, Hagans ended her freshman year averaging 5.2 points, 2.7 rebounds, and 1.1 assists per game. She improved sophomore year finishing with 7.0 points, 3.2 rebounds, 1.6 assists, and a team-best 1.6 steals per game. As the midseason mark of her junior year hits, her improvement is unmatched.

“I’m always going to play to be the best Shay every day,” said Hagans. “I’ve improved since freshman year by picking up on a lot of IQ and by just getting a lot more experience and having a lot of older teammates I can look up to.”

Hagans’ key strength as a player is her defense. Her coaches and teammates refer to her as their “defensive captain” and hold her accountable for keeping the intensity up high each game.

Any fan who watches Hagans will immediately notice her work ethic all over the court. Her determination to get tips, deflections, and as many steals as she can feeds into success for the Lady Lions as a whole.

“Shay is going to be our energy player,” said Kieger on what fans can expect from her. “We really want…