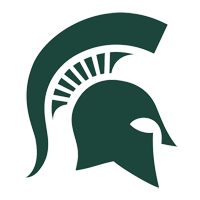 Marisa paced the Lady Lions once again with 32 points, including a 12-of-14 mark from the free-throw line. Marisa earned her third 30-point game of the season.

Tova Sabel and Leilani Kapinus both scored in double-digits for the Lady Lions. Sabel had 12 points off the bench with three triples and added two steals. Kapinus poured in 10 with a team-high five rebounds, two steals and a block.

The Hawkeyes shot 58.9 percent as a team and tallied 37 assists on 43 made field goals. They were led by McKenna Warnock in the scoring column with 25 points on 10-of-12 from the floor. Caitlin Clark added 20 points, including four three-pointers, and had a Big Ten regular season game-record 17 assists. Monika Czinano registered 24 points and nine rebounds.