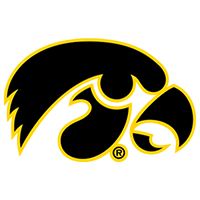 MADISON, Wis. – The Penn State women’s basketball team dropped a 69-57 decision at Wisconsin on Sunday afternoon at the Kohl Center. The Lady Lions fell to 9-8 overall and 3-4 in Big Ten play. The Badgers improved to 5-13 overall and 2-6 in conference games.

Wisconsin was paced by Katie Nelson’s 24 points on 7-of-10 shooting, including four three-pointers. Julie Pospisilova contributed 23 points, while Brooke Schramek had 13 points. The Badgers shot 44 percent from the field.

Penn State led 17-11 after the first quarter. With the score tied at 7-7, a three by Anna Camden and four points by Marisa helped PSU to extend its lead to 14-9 at the 4:53 mark. After a layup by Wisconsin’s Schramek, the Lady Lions responded with a steal and a three-point play by Kapinus to close out the quarter.

Wisconsin had an 11-4 run to start the second quarter, taking a 24-21 lead with 5:27 left in the half. Nelson contributed eight points during the run. However, Penn State answered with a three-point play by Sabel to tie the game. The teams traded layups before a free throw by Pospisilova gave the Badgers a 27-26 advantage. Penn State concluded the…